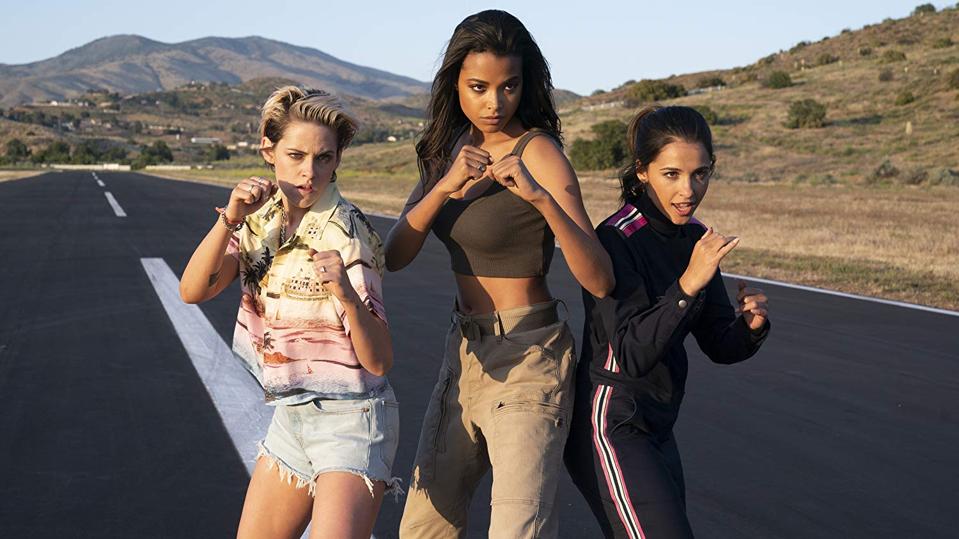 Another ‘woke’ movie. Another box-office flop. How many more millions of dollars are available for attempts to indoctrinate society with Cultural Marxism’s messages has yet to be seen. While it is clear which ideology is trying to be promoted, it’s not so clear who is being damaged most in these clumsy attempts to implement Antonio Gramsci’s dream of changing society through the arts.

Men and masculinity are the most obvious target. Writing men out of screen plays and substituting women in masculine roles is clearly trying to redirect the message of the strong and capable man, the saviour of the world, the shaper of destinies, the warrior for good.

Yet pushing women into roles where they parrot lines straight from Feminist/Gender Studies class, making them appear on screen as ridiculous as most feminists, all the while doing things that no woman ever does (even though, let’s face it, almost no man does either), just makes women look stupid. It’s not empowering for women, it’s not giving women a worthy role model and anyway, very few people bother to go and watch it. All this doesn’t help women’s reputation as serious people in Hollywood: it’s almost as though someone doesn’t like women there at all.

Elizabeth Banks may have helped sink her own film. The actress-turned-director told every reporter within earshot how her movie would strike a blow against the patriarchy…

Wouldn’t she better serve “Charlie’s Angels” by talking about its entertainment value, its actions sequences or the irreverent spirit Kristen Stewart brought to the project?

It’s not as though strong female players can’t work and haven’t proven success is possible. From Xena the Warrior Princess and Wonder Woman to Lara Croft, Buffy the Vampire Slayer and Ellen Ripley in Aliens, there have been successful female action players. Sure, some element of disbelief often has to be suspended but that’s true of most fiction.

It’s not that women can’t act. It’s not that women aren’t welcome on the big screen. But when they are there mostly to attack society or their audience, the audience will do what men have done over Gillette’s attack on them: put their money elsewhere.

The unnecessary reboot for a marginal TV series exists for two reasons. Branded properties remain Hollywood’s higher power. Plus, writer/director Elizabeth Banks wanted to send a message about girl power over and over again.
…
One generic action scene later we’re watching young girls doing stuff during the opening credits because, you know, feminism.

Why, it’s almost like we haven’t seen girls and women “do stuff” on screen for decades…

The studio handed her $48 million to do just that.
…
Is there any doubt we’ll hear the phrase “mansplaining” when we watch the Blu-ray deleted scenes?
…
To be fair, “Charlie’s Angels” leaves the woke lectures behind after the first, torturous 20 minutes (they reappear on steroids during the end credits). The movie’s first act is blindingly bad, awkward, and unsure of its purpose. The film eventually finds a passable rhythm, but it hardly merits a franchise renewal.

Want to empower women? Drop the lectures and craft a better movie.

What is going wrong is the idea of the strong, capable woman crossed with the perpetual victim, feminist-style. It doesn’t work for women in society and on screen it looks even more ridiculous.

Other items filed under misandry