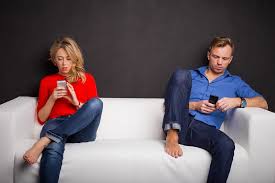 One of the human wrongs getting attention these days is forced marriage. Being forced to marry, and live with, someone can be a dreadful event.

Differences around the world

There are large differences in how cohabiting, unmarried, couples are considered in law, both during the cohabitation and upon separating.

It is advisable to check your local laws for both your country and for your state/province.

Forced marriage needs to be distinguished from arranged marriages, to which they are a small subset. Most arranged marriages are organised by people giving care and attention, using wisdom and experience, to match up a couple who they can see will work as a life-long couple. As an indicator of the success of such arrangements is the fact that divorce among people in arranged marriages is far lower than divorce among people who marry when already in love, often with clouded judgement and less than careful examination of compatibility, and often without even knowing how to determine compatability.

Some arranged marriages go wrong, of course. Shakespeare was good at pointing those out. And some arranged marriages have no concern over the happiness of both the betrothed, such as when a young boy or girl is married off to a much older woman or man. In the case of boys, sometimes they are sold as a slave to a woman who ‘marries’ them.

Then there is the problem of marriages forced by the state, with a couple who had no intention of being married. In many states of the USA and provinces in Canadia, a couple is de-facto married under the law just for living with someone. No vows exchanged, no marital contract signed, no ceremony, it just happens. This is the ever-Orwellian “common-law marriage”.

One day, you wake up and you’re married, with all the legal hell that comes with it. Even for a couple who had no desire to be married. It is a form of forced marriage.

That’s right, one day, you wake up, you’re married, and all the legal hell and loss of rights (for men) that comes with it. If she leaves, you lose half or more of all you own, lose custody of your kids, have to pay alimony, child support, get kicked out of your house, have to pay for her lawyers to “divorce” you, etc.

State-enforced marriage is one of the worst tyrannies put upon people. To be forced into a contract that you never signed or agreed to. Without any chance of appeal or ability to even raise sympathy from the charities who supposedly fight against forced marriages.

What we hear from the media is almost always about forced marriages for women. In ‘foreign’ countries. It’s an issue (one often confused by the valuable arranged marriages that work well) but not comparable to thousands of men and women being forced into marriage by their state.

This post is based on an original by dattehakamura, in Men Matter Too, in October 2013.

These are some links for those where the problem is perhaps the worst, in North America. Make sure you know your local laws! Although the first two links are Wikipedia, please do not trust Wikipedia: it can be a guide, but is not necessarily fact.

Common-law couples as good as married in B.C.