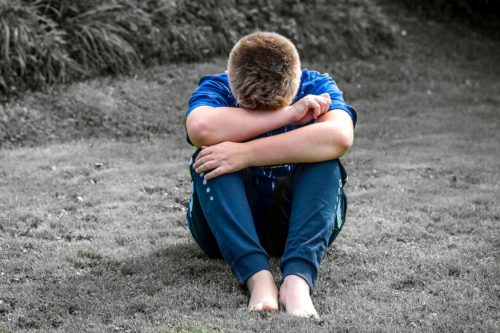 What has been assumed by many of the origins of this ‘problem’ has now been confirmed by a new study. And it flies in the face of those who try to perpetuate the mythical stereotype of the man who tells his sons to toughen up, with the mother cuddling him.

Canada is known as one of the most feminist countries of the world and it is there that the University of Guelph undertook its study.⇩1Canadian Journal of Behavioural Science; Implicit attitudes about gender and emotion are associated with mothers’ but not fathers’ emotion socialization; Kristel Thomassin, Jessica A. Seddon They found that it is mothers who push gender stereotypes more than fathers.

We found that on an implicit level, moms tend to show a bias, and this bias considers girls expressing these emotions to be more favourable than boys expressing the same emotions.

We expected that both moms and dads would favour girls crying over boys crying. That’s based on the stereotype that boys shouldn’t cry. We did find that – but only for moms.

The study involved nearly 600 parents of children between the ages of eight and 12. It follows from an earlier study on parents, children and emotions.⇩2Journal of Family Issues; A Thematic Analysis of Parents’ Gendered Beliefs About Emotion in Middle Childhood Boys and Girls; Kristel Thomassin, Oana Bucsea, K. Jacky Chan, Emma Carter; DOI 10.1177/0192513X19868261

While the study may shed light on the biases mothers and fathers have when it comes to children expressing emotions, the researchers say the study’s findings must be viewed with caution: the study is a reminder of how gender stereotypes may influence thinking, but its results may not reflect how parents actually respond to their own children in real-world situations.

Whether it’s ‘boys don’t cry,’ or saying something like ‘my child is shy,’ when we label them we are prescribing them how they need to be.

Water is wet. The world hates men. Yada Yada. It’s certainly old news by this point.
Its time for us to wake up to this insanity and DO SOMETHING ABOUT IT!!!

This continues to happen because we men allow it to. Until that changes, nothing else will.

If you want to find a way to start doing something, we are open to volunteers. With some things, there is little that can be done. An article like this isn’t really an action point, it’s about educating people about realities, since most people would be surprised by this conclusion.

This fits with other psychological research which identifies this difference from birth. Feminists are right the majority of direct care for babies infants and juniors is from women as is the paid care including teaching. Of course what this means is that women “make” men. I dont expect anything but howls from MRAs but the logic of our biology and society is that men are very much a product of women. From selection of mates to socialization. Though this is very clear in psychological research there is a huge superstructure of ideology that conceals this basic truth.
The problem is that braking down the “myth of male power” involves men and women in admitting what the research constantly tells us. That ours is a gynocentric society.

From what I have read, MRAs (men’s human rights advocates) are generally making the very point you make: that men’s socialisation is shaped by women. This is one reason why feminism is seen as an enemy of what MRAs are fighting for: feminism wants to pretend that women are only the victims of males, whereas to whatever extent that might ever be true, it is accurate to say that males are usually the victim of women.