Reasons men decide to be child-free 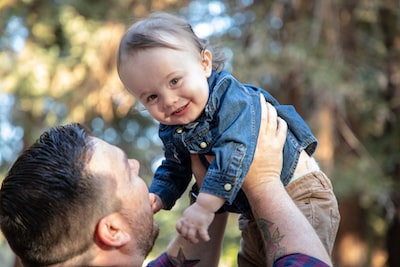 Does the decision not to have a child affect a man’s self-identity?

Latest studies suggest that university colleges students not only see childless men and women as less fulfilled, but also see them as more immoral in contrast to their counterparts who have children.

The numbers of men deciding to be child-free is increasing. Yet at the same time, society still frowns upon the idea of not wanting to have a family.

To better understand the psychological experiences of child-free men, Smith, Knight, Fletcher, and Macdonald (2019)⇩1Smith, Imogene, Tess Knight, Richard Fletcher, and Jacqui A. Macdonald, ‘When Men Choose to Be Childless: An Interpretative Phenomenological Analysis’:, Journal of Social and Personal Relationships, 2019 <https://doi.org/10.1177/0265407519864444> interviewed eleven Australian child free men between the ages of 28 and 34 years. That’s not a huge number but gives a start to the knowledge in this area. The authors identified five primary motives that they determined for men to live without progeny, reports Psychology Today.

Despite the many reasons to remain childfree, the researchers concluded that “the door is still ajar” for these men. Intriguingly, all of the men had responded to the survey question, “Do you hope to have children in the future?” with “Not at all” (p. 4), but they did not seem fully committed to this decision. The men spoke positively about their personal experiences with children, such as their nieces and nephews, and noted that their views could change in the future.