Sex: informed consent can be withdrawn without informing 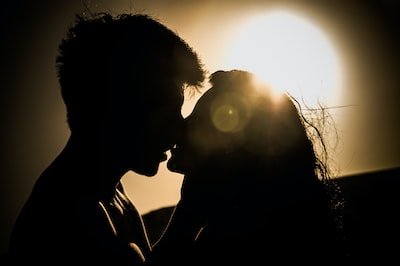 Sometimes, you just have to wonder what people are thinking.

If the Law Reform Commission in New South Wales, Australia, gets its way, it will be possible to be guilty of rape, even though the last thing a guy heard was an enthusiastic, verbal and informed “yes”.

A man accused of rape might be convicted if their alleged victim stated “sure” to sex but later altered their mind but did not announce it, under the proposed new law.

We propose a new subsection to clarify that a person can withdraw consent at any time before or during the sexual activity. … This section would also recognise that the withdrawal of consent must be communicated. The reference to withdrawal of consent “by words or conduct” would not require any specific form of words or actions.

Well, that’s pushing it a bit for some of the kind of sex some people enjoy on a regular basis but we long ago gave up hoping for any kind of romance, or edge-play, between two regular partners. That’s outlawed, don’t you know.

But the Law Commission don’t stop there. Having implied that consent must be given verbally but can be withdrawn non-verbally, they then go on to imply that the non-verbal doesn’t actually have to communicate anything.

A person may, for example, indicate withdrawal of consent with body language even if consent was previously given verbally. … Section 61HE(9) currently provides that a person is not to be regarded as consenting to a sexual activity only because there was no physical resistance. This recognises that an absence of physical resistance does not, of itself, equal consent.

So a woman might consent to sex, then during it change her mind but then not say so nor imply it by her body language. Nevertheless, it will become rape.

The full document from the Law Reform Commission may be downloaded from their website (PDF, 3.4MB).

3 comments on “Sex: informed consent can be withdrawn without informing”

Thank you for that refreshingly ‘obvious’ statement. One of those times when something that is obvious needs to read it to make it clear.

So willingness is what is going on in a lover’s mind, and if this Australian proposal becomes law it is willingness that will count as consent. Yet no-one can know of that consent if the willingness (or, more pertinently, unwillingness following consent) is never communicated.

Women have absolute power of life and death over any man brave enough to risk confronting her, in or out of the bed. Tis further extension in women’s huge advantages over men underlines how far things have moved away from “justice”, “fairness” or a presumption of innocence….

Other items filed under sex and sexuality