The men’s no-rights in a matriarchy 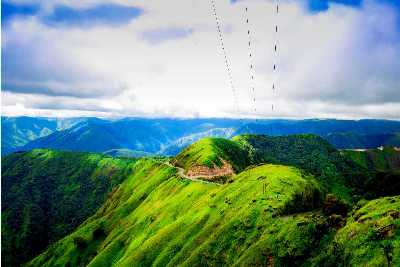 Historically, matriarchies have never survived long. Most of those we do know of — like the Amazon warrior tribe — are fictitious. So what’s it like to be a man in such a society?

For the 800,000 or more men belonging to the Khasi-Jaintia Scheduled Tribes of Meghalaya, they don’t have to wonder.

Meghalaya (meaning “the abode of clouds” in Sanskrit) is a hilly state in northeastern India has some 1.7 million people living in a strictly matrilineal society. And it’s not making men happy.

A men’s rights group called Syngkhong Rympei Thymmai (SRT), meaning a wedge that stabilises the shaking home, has been advocating equitable division of property to all children irrespective of gender.

The largest matrilineal sub-culture is the Minangs of Indonesia with a population of over 4 million. Most of them — and there are hundreds — are much smaller, down to a few dozen living almost communally. Rights of inheritance, adoption of names, ownership of the marital home, etc. vary widely.

To read more about the Khasi-Jaintia and the struggle for equality by the SRT, see the article on India Times.

Meanwhile in most of the rest of India, men are being locked up for confirming to Indian societal norms in what many people describe as a patriarchal society but which is doing men no favours.

One comment on “The men’s no-rights in a matriarchy”

I stayed with a Minangkabau family some years ago. The brothers in the family treated the daughter, who was in line to inherit the ancestral house and land, like a slave. None of the children seemed happy with the matrilineal system, which just seemed to breed mutual resentment. In today’s more mobile society it just encourages the best and brightest men to leave, marry non-Minang wives and make their own way in life. I should note that even though it is matrilineal, men and women still adhere to traditional gender roles.